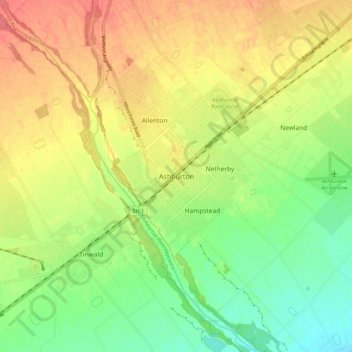 On the whole, Ashburton shares a similar climate to Christchurch i.e. a dry temperate climate (Cfb). However, since it lies further inland at a higher altitude to Christchurch, Ashburton experiences a greater range of temperatures. During summer Ashburton can exceed 30 °C (86 °F), whilst winter can see regular frosts and annual snowfall. Ashburton's heaviest snowfall was 38 centimetres (15 in) on 12 June 2006, conversely it is tied with Timaru for New Zealand's fourth-highest temperature on record, reaching 41.3 °C (106.3 °F) on 7 February 1973.